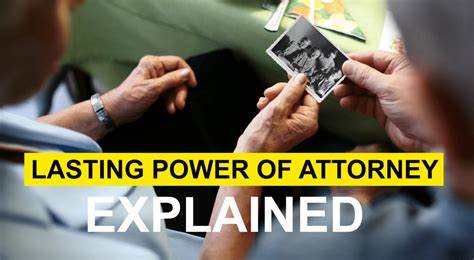 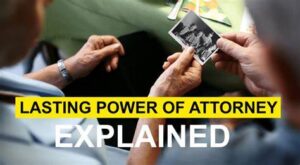 Since the Mental Capacity Act 2005 came into force in October 2007 it has no longer been possible to create an Enduring Power of Attorney (EPA). EPAs signed before that date remain valid, but people who wish to appoint attorneys to make decisions on their behalf in relation to their property and financial affairs in the event of mental incapacity must now create a Lasting Power of Attorney (LPA).

EPAs have proved invaluable for thousands of donors whose financial affairs have needed management after they have lost their mental capacity. EPAs have, however, been subject to two major criticisms.

1. They have been open to abuse.
2. They do not allow the attorney to make decisions concerning the donor’s personal welfare.

Introduced under the Mental Capacity Act 2005, LPAs were intended to extend the concept of EPAs, taking account of those two shortcomings and enabling clients to make wide-ranging provision for their welfare and finances in the event of losing their mental capacity in the future. As will be seen, LPAs were intended to include safeguards against fraud and abuse.

The Mental Capacity Act 2005 established a new Court of Protection (CoP), with greater powers than the previous court of the same name. It also established the Office of the Public Guardian (OPG) – as distinct from its predecessor, the Public Guardianship Office. One of the functions of the OPG is to inspect, register and keep a record of new LPAs.

• One to deal with property and financial affairs
• One with health and welfare.

WHEN YOUR CLIENT HAS AN EPA

It is rare to come across a client with an EPA now but if you do, they often ask whether they should “upgrade” their EPAs to LPAs.

Firstly, having an EPA is significantly better than no power of attorney at all but generally, we would recommend a Property and Financial affairs LPA over an EPA for the following reasons:

• With an EPA your attorney must register the document if he or she has reason to believe you “are” or “are becoming” mentally incapable of handling your affairs. With something like a stroke or serious accident this point might be obvious but with dementia it may be much harder to assess and it becomes a difficult judgement call on the part of the attorney.

Registration of an EPA involves serving a notice on specified family members who have the chance to object to the registration on certain grounds. These family members may be people you are not close to and are not involved in your life.

• Once your EPA is registered your attorney takes over your financial affairs as it is deemed that you no longer have the capacity to do so. On the face of it you lose the ability to make any financial decisions yourself.

• Bank staff are becoming less familiar with EPAs which can cause frustration for attorneys.

• Decision making with an LPA under the Mental Capacity Act 2005 is more flexible than with an EPA. There is no one point of incapacity.  Each decision is viewed in isolation so the question is “Can you make this particular decision at this particular time?” As different decisions require different levels of capacity you are, therefore, more likely to retain control over more of your affairs for longer.

• Most people register their LPAs as soon as they are made as they cannot be used until registered. Therefore, once registered an LPA is ready to be used as soon as it is needed. If you lose capacity suddenly with an EPA, your attorneys only have reduced powers until the registration is complete. This can take several months and cause unnecessary delay at a time when urgent decision making may be required.

• An LPA allows for the appointment of a replacement attorney if the first-choice ceases to actor is unable to act.  An EPA does not.  Having an EPA is significantly better than no power of attorney at all, but always remember the importance of a health and welfare LPA as the EPA only covers finance!